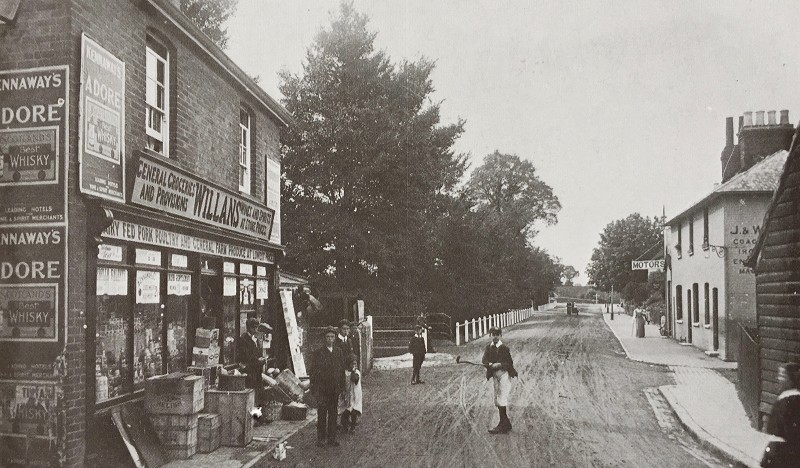 Rochford’s rich and varied background has presented us with a wide range of architecture, interesting stories and beautiful spots to visit. Spend a while on our Heritage Trail or stay longer and enjoy a leisurely stroll in the countryside or stop at one of the many coffee shops, pubs and restaurants.

Rochford is one of the oldest and most historic towns in Essex, with a long and strong connection to kings, queens and other prominent people – dating back to before the Norman Conquest. This quaint English market town’s history embraces smugglers, coaching inns, the Boleyn family and a rich Christian heritage, including the Peculiar People.

Recorded in the Domesday Book of 1086, Rochford later became the principal town of the Rochford Hundred to which it gave its name. The area had some of the best soil in the country…and some of the worst. This meant that crops were plentiful and the poorer earth was perfect for brick making.

Woodlands were extensive, with the royal hunting ground reaching from Hadleigh and Rayleigh to the borders of Rochford. In contrast, the flatter land had poor drainage and was subject to “malaria, ague, mildew and stinking fogs”.

A market charter was granted by Henry III in 1247 and the town grew around this bustling meeting and trading place. Rochford became very important in supporting the city of London, with its meat, wool, crops and bricks being transported easily by river from the Roach to the Thames or more slowly by road.

Our Heritage Trail covers many of the major sites, although there are about 70 listed buildings and landmarks within Rochford. Learn the curious tale of the whispering post and the numerous connections to royalty and religion.

Explore the streets and Market Square, viewing traditional Essex weatherboard buildings and Medieval and Georgian architectural styles. Try to imagine the timber-framed medieval structures behind some of the current brick facades.

Pass by the Almshouses, which were funded by Lord Rich (or Ryche) in 1585, on your way to the beautiful Parish Church of St. Andrew’s that dates back to the 14th Century. A golf course totally surrounds this Parish Church and its Club House is Rochford Hall, whose various owners include the mother of Henry V, the Boleyn family and Lord Rich, who was briefly Lord Chancellor of England.