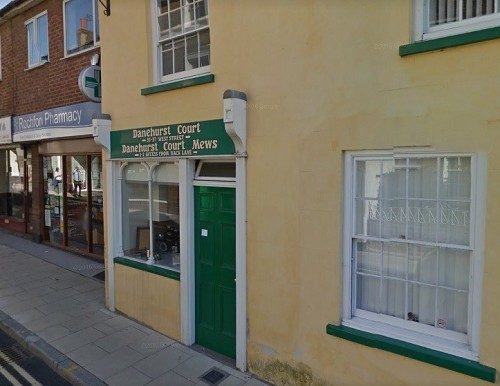 This is a large grade II listed house of possible 1800 origin, although the property possibly dates back to 1681, as one historian made out this date on a bedroom wall when he looked around in 1970. Without undertaking extensive architectural dating, it is hard to be accurate with some of Rochford’s buildings. Most would have been originally timber-framed. Today there is little authentic exposed framing, as weatherboard, render or brickwork mostly conceals the frames.

Brick was made at Rochford from at least the 1430’s and the abundance of ‘brick-earth’ throughout the area supported a significant local industry. There were many brick manufacturers locally in the 19th century, with the last of these, the Milton Hall company, closing its works at Cherry Orchard Lane in the 1990’s. The loss of their products has been a blow to building conservation, as their soft reds were the best general purpose brick for use in Essex.

Danehurst Court Mews was at one time a small school called ‘The Priors’, which existed from 1940-1951 as part of a school in Southend of the same name. Miss E C Coombes was the headteacher of both, with a Miss D Blackwell and Miss C Ingram being other teachers. At one stage the school was fee-paying.

Danehurst Court Mews was unoccupied for several years but the three timber-framed cottages were restored in 2007 and are now in use once more. There is a gambrel roof and symmetrically arranged dormers, with first-floor sash windows. At the ground floor, there is a central door with a 19th century doorcase, flanked by a sash, to either side of which are a paired door and shop window. The building is built of red brick, with rear extensions in stock bricks and the front is lined-out painted render.

During the renovation, a well was found outside the rear door of the third cottage.

When a boarded up ‘window’ of this cottage was revealed, it was found to have carved mullions, which are wooden vertical bars used in windows before glass became more available.

Danehurst Court Mews (HT) is included in the following trails: 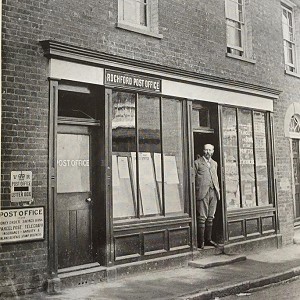 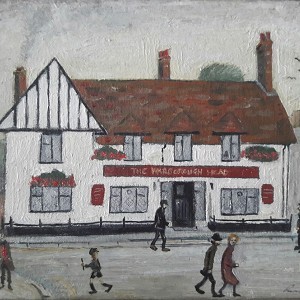 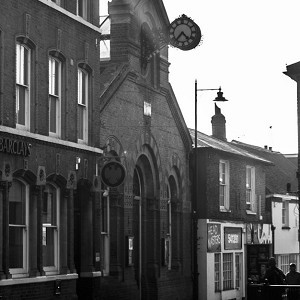 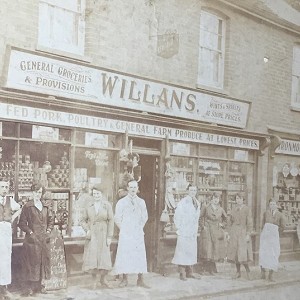 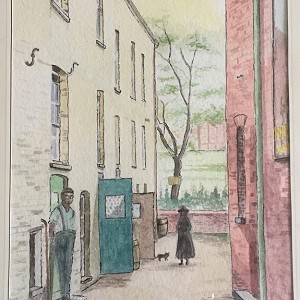