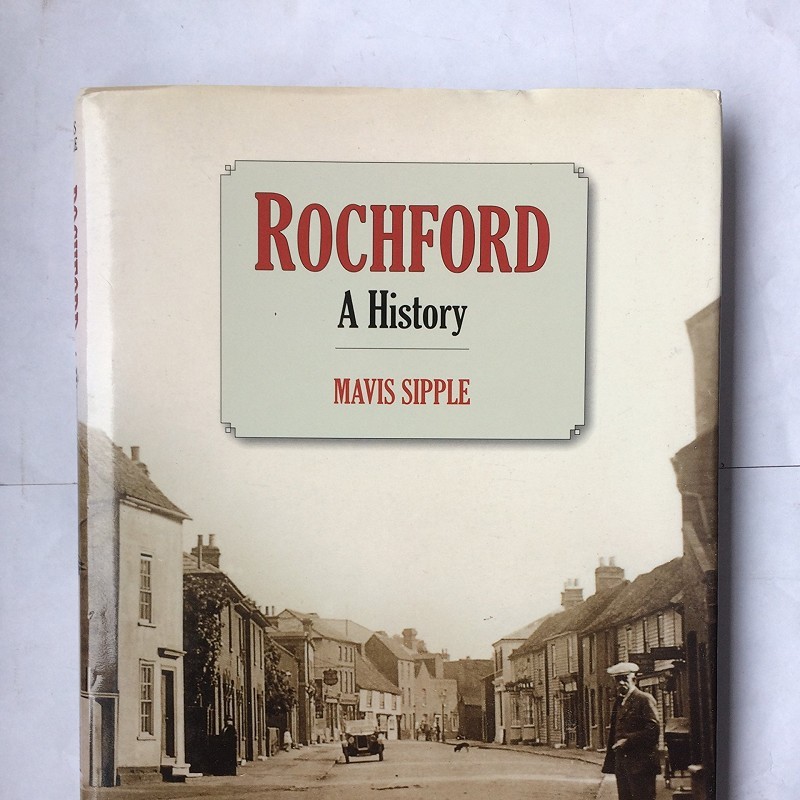 Back to books & research
Rochford: A History

Rochford for centuries was the most important town in the area, giving its name to the Rochford Hundred. When South-End was a mere hamlet on the outskirts of Prittlewell, Rochford was a rich farming community, with fertile land, probably the best oysters in England, and rapid river transport to London. Its first market charter had been granted by Henry III in 1264 and the town continued to grow and thrive around the Market Square, which has seen celebrations, fires, demonstrations and martyrdom.

Often said to be a lawless place, Rochford certainly had its full share of smugglers, witches, lawbreakers, and interesting characters and customs. As Southend grew to be a popular, brash, seaside town, Rochford was left behind and still retains many of its ancient buildings, higgledy-piggledy streets and alleys, picturesque cottages and historic inns. Some have been saved by the battles of Rochford residents against the authorities, especially in the last half century, when they have also fought against the Ring Road, Maplin Airport and demolition of their well-loved hospital, the last a battle lost.

The town can still boast its 13th-century Old House, the lovely St Andrew's Church and a score of other remarkable survivals, none less than the Hall. Rochford Hall has been the home of the famous, including Lord Rich, who enlarged the building, added the tower to the church and endowed the ancient almshouses; then the Boleyns, whose daughter Anne married Henry VIII and was mother of the first great Queen Elizabeth and whose other daughter Mary inherited the Hall; which, part destroyed by fire, housed airmen during the war and is now the Rochford Hundred Golf Club. The present author is the latest in a line of distinguished writers about Rochford, including Benton, Cryer and Jerram-Burrows.

This book can be found in the library, on Amazon and at other booksellers.