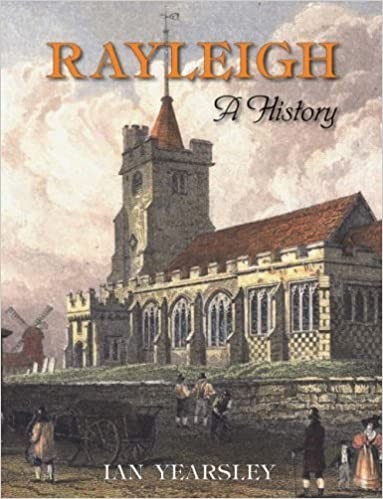 Back to books & research
Rayleigh: A History

Rayleigh owes its origins to the flints on Hambro Hill, which attracted its first human residents as long ago as the Stone Age. In Saxon times the focus moved to the area covered by the modern High Street, but it was not until Rayleigh Castle was built under the Normans that the town really came to life. Its market and fair made it one of the principal towns in south-east Essex throughout the medieval period, and many significant historic buildings from the 14th century onwards survive. After a period of decline in the 18th and early 19th centuries the town’s importance revived with the coming of the railway in 1889. Rapid development followed, and the 20th century saw massive expansion beyond the High Street area. This book is the first full chronological history of Rayleigh to be written and sheds light on several poorly documented periods, including the first half of the 20th century. A wide selection of splendid, previously unpublished, illustrations enhances this welcome addition to the bookshelves of Rayleigh residents and local historians alike.

This book can be found in the library, on Amazon and at other booksellers.